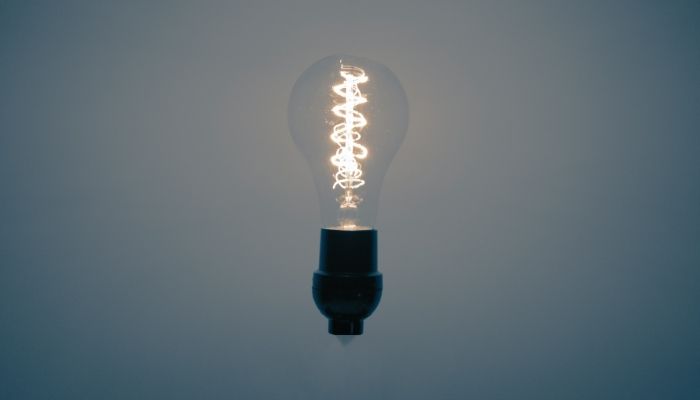 Photo by Jack Carter on Unsplash.

An exploration of our obsession with the idea-as-lightbulb narrative. If you want to have amazing ideas, don't just sit there - do something.

To Do: Buy Apples, Have Ideas

At the beginning of the great coronavirus lockdown, Isaac Newton was everywhere. Articles about his months in isolation during the great plague of his own time appeared en masse overnight. His days secluded alone were, according to these articles, what allowed him to achieve his legendary breakthroughs about gravity. Or so we think.

With our ‘newfound time in quarantine’, these hastily written pieces asked us: what could we achieve? Could we write novels, get ‘shredded’, start businesses? It was all supposed to be this amazing opportunity to get shit done... but it didn't turn out to be so easy. Many of us found that a pandemic is not the ideal time to get much of anything done.

There's something bigger at work here, though - we are obsessed with the idea of the 'light bulb moment'.

It seems poetic to us that ideas occur in a flash. Because why not? It's a useful, clean image - the brilliant thought appears and the problem is solved, the breakthrough is found. Forget that it might have been preceded by years of research, work and failure - 'It came to me in a dream!' sounds a lot better than 'I worked hard on it for years.' Light bulbs, appearing above our heads, make everything that much more compelling.

If ideas really did appear like this, it would be enough for us to shut ourselves away, sit down and wait. But this isn't how it works. Of course it isn't.

In reality, ideas are seeds planted long before they bear fruit. After long periods of growth in the background, they start to hover at the edge of our vision, nagging at the back of our mind. We get the feeling that something is there, but we can't quite say what it is yet. Eventually, if we give them a chance, they drift into view and give us something we can grab on to.

The long period of hard work, preparation, incubation and serendipity that precedes the appearance of a fully formed idea is all the hard work that Newton was doing in the twenty or so years before he wound up isolated on a farm, hiding from a plague-ridden world. It's only later that we turn a story like that into a tidy narrative about an apple hitting him on the head.

The apple is a lie. The truth? Generating ideas is a messy process.

The word 'process' conjures up order, standardisation and clear steps from beginning to end. But if you think that coming up with ideas can be like a production line in a sanitised factory, I have bad news for you. A better image would be the workshop of a craftsman: tools hang on every wall, works in progress arrayed in various states of assembly on each surface, the litter of a day's hard work swept into piles around the floor.

Every day we walk into our own workshops, however they might look, and we bring something with us. We might arrive with a handful of new materials, a diagram on loan from a friend or the fragment of a hunch that we can’t make sense of yet. We sit down to work drawing plans, honing edges, assembling prototypes. Frequently we emerge at the end of the day empty handed. Occasionally, if we’re lucky, we might emerge with something fully finished.

It's impossible to predict a timetable for how all of this happens, but it is simple enough to do all of the right things to make sure it's more 'when' than 'if'.

Our ideas - the ones that we can say belong to us - are a combination of the ideas of others and of new information we find. We bump into these two things over time, piecing them together in our own unique ways. If we encounter low quality ideas we only have low quality ideas to build from. It therefore pays greater dividends to cast a wider net, going deep into unusual and different areas of interest, jostling against a larger number of ideas from all over. We can skim the cream off the top. If we stay only in shallow water, our own ideas will only run as deep.

As you encounter good ideas out in the world, take note. This could mean writing things down, keeping a scrapbook, building a collection, or doing whatever works best for your pursuit of choice. Do not just hope that things will 'stick' in your head - they likely won't. Make those good ideas hang around so you can do something useful with them later when you need them. The best way to do this is to file your observation or thought someplace where you think you might hope to find it later. An idea from a book about learning is better kept with other ideas about learning, not in a folder with all the notes for that one book.

This seems counter intuitive, but it's fine to just let things sink in at first. Our minds are constantly at work behind the scenes, borrowing our cognitive functions in the background while we're doing boring stuff like brushing our teeth or washing the dishes. It even happens while we're sleeping. If we've processed everything correctly, the work will continue. Ideas tend to have a mind of their own - specifically, they're borrowing yours while you're not looking.

Many people think that ideas will simply arrive in the ‘forget’ stage - when we're sitting in the bath or under a conveniently-placed apple tree, but this doesn’t work. The people that have the best ideas are constantly putting the work in regardless of the results they're getting at that moment. If you are a writer, write. If you are a dancer, dance. If you are a programmer, code. Too many people stop before they reach this point, expecting their ideas to arrive earlier. While they wait, their faculties wither. Do not make this mistake - keep making.

A final word of warning: if you have a grand idea, be wary of impostor syndrome. Something that might seem obvious and so-simple-it's-silly to you may be the revelation that someone else desperately needs to hear. Chances are, if you're the kind of person putting in the work described above, you're on to something.

Steven Pressfield puts it perfectly in his book The War of Art: 'The counterfeit innovator is wildly self-confident. The real one is scared to death.'

Which one are you? 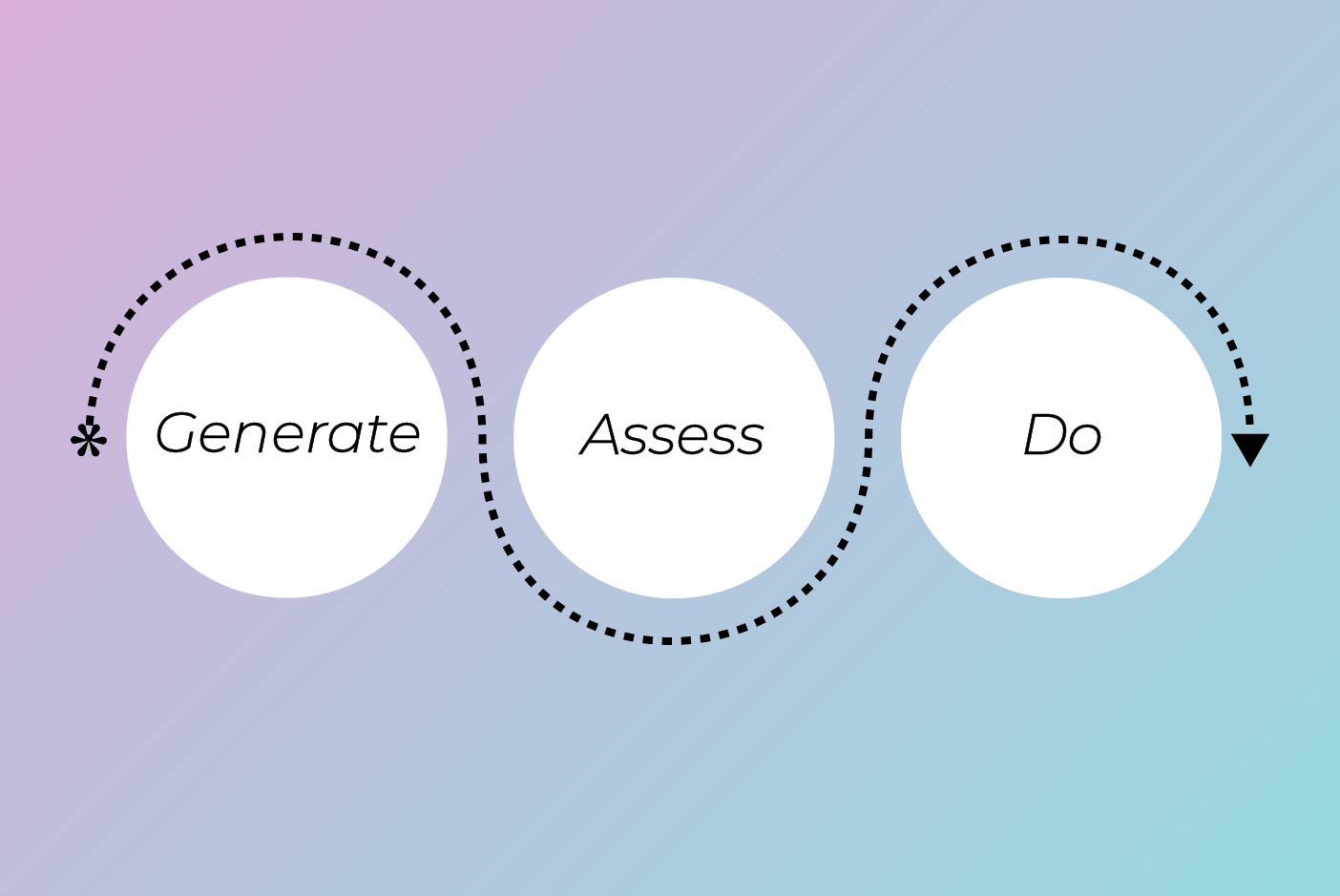 It doesn't matter how many good ideas you have - if you don't do anything with them, they're worthless. Here's how to make the most of the ideas in your head and turn them into something useful.