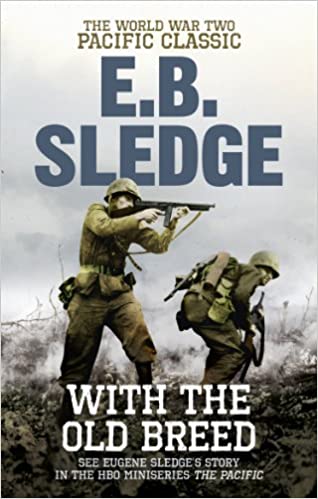 Training to be a Marine

'By the end of eight gruelling weeks, it had become apparent that Corporal Doherty and the other DIs had done their jobs well. We were hard physically, had developed endurance, and had learned our lessons. Perhaps more important, we were tough mentally. One of our assistant drill instructors even allowed himself to mumble that we might become Marines after all.'

'As we helped each other aboard the trucks, it never occurred to us why so many were being assigned to infantry. We were destined to take the places of the ever mounting numbers of casualties in the rifle or line companies in the Pacific. We were fated to fight the war first hand. We were cannon fodder.'

'When I saw the first shell burst with a dull bang about two hundred yards out on the range, I suddenly realized what a deadly weapon we were dealing with. A cloud of black smoke appeared at the point of impact. Flying steel fragments kicked up little puffs of dust all around an area about nine by eighteen yards.'

'The deck was crowded with other Marines subdued by the realization that each turn of the ship's screws would take us farther from home and closer to the unknown.'

'Harsh questions raced through my mind. Would I ever see my family again? Would I do my duty or be a coward? Could I kill?'

'The attitudes held toward the Japanese by noncombatants or even sailors or airmen often did not reflect the deep personal resentment felt by Marine infantrymen. Official histories and memoirs of Marine infantrymen written after the war rarely reflect that hatred. But at the time of battle, Marines felt it deeply, bitterly, and as certainly as danger itself. To deny this hatred or make light of it would be as much a lie as to deny or make light of the esprit de corps or the intense patriotism felt by the Marines with whom I served in the Pacific.'

'This collective attitude, Marine and Japanese, resulted in savage, ferocious fighting with no holds barred. This was not the dispassionate killing seen on other fronts or in other wars. This was a brutish, primitive hatred, as characteristic of the horror of war in the Pacific as the palm trees and the islands.'

'Haney was in a category by himself. I felt that he was not a man born of woman, but that God had issued him to the Marine Corps.'

'He pulled out a pack of cigarettes and drawled, "Have a smoke, Sledgehammer." ... "No thanks, Snafu. I've told you a million times I don't smoke." ... "I'll bet you two bits, Sledgehammer, that before this day is over you'll be smokin' the hell outa every cigarette you can get your hands on."'

'Everything my life had been before and has been after pales in the light of that awesome moment when my amtrac started in amid a thunderous bombardment toward the flaming, smoke-shrouded beach for the assault on Peleliu.'

'The beach was now marked along its length by a continuous sheet of flame backed by a thick wall of smoke. It seemed as though a huge volcano had erupted from the sea, and rather than heading for an island, we were being drawn into the vortex of a flaming abyss. For many it was to be oblivion.'

'The world was a nightmare of flashes, violent explosions, and snapping bullets. Most of what I saw blurred. My mind was benumbed by the shock of it.'

'Explosions and the hum and the growl of shell fragments shredded the air. Chunks of blasted coral stung my face and hands while steel fragments spattered down on the hard rock like hail on a city street. Everywhere shells flashed like giant firecrackers.'

'War is such self-defeating, organized madness the way it destroys a nation's best.'

'Fear dwelled in everyone, Hillbilly said. Courage meant overcoming fear and doing one's duty in the presence of danger, not being unafraid.'

'Slowly the reality of it all formed in my mind: we were expendable!'

'We felt no pity for them but exulted over their fate. We had been shot at and shelled too much and had lost up too many friends to have compassion for the enemy when we had him cornered.'

'Even in the midst of these fast-moving events, I looked down at my carbine with sober reflection. I had just killed a man at close range.'

'During mid-afternoon as we waited for the army infantry, we sat numbly looking at nothing with the "bulkhead stare." The shock, horror, fear, and fatigue of fifteen days of combat were wearing us down physically and emotionally.'

'It was a scene of destruction and desolation that no fiction could invent.'

'Something in me died at Peleliu. Perhaps it was a childish innocence that accepted as faith the claim that man is basically good. Possibly I lost faith that politicians in high places who do not have to endure war's savagery will ever stop blundering and sending others to endure it.'

'We waited in the clear, chilly night for the expected Japanese attack But all was quiet, with no artillery fire nearby and rarely any rifle or machine-gun fire-stark contrast to the rumbling, crashing chaos of D day night on Peleliu.'

'"It's hell up there, Marine." Nervous about what was ahead and a bit irritated that he might think I was a boot, I said with some impatience, "Yeah, I know. I was at Peleliu." He looked at me blankly and moved on.'

'On 8 May Nazi Germany surrendered unconditionally. We were told this momentous news, but considering our own peril and misery, no one cared much.'

'It was the most ghastly corner of hell I had ever witnessed, As far as I could see, an area that previously had been a low grassy valley with a picturesque stream meandering through it was a muddy, repulsive, open sore on the land. The place was choked with the putrefaction of death, decay, and destruction.'

'I existed from moment to moment, sometimes thinking death would have been preferable. We were in the depths of the abyss, the ultimate horror of war.'

War Comes Finally and Slowly to an End

'The folks back home didn't, and in retrospect couldn't have been expected to, understand what we had experienced, what in our minds seemed to set us apart forever from anyone who hadn't been in combat. We didn't want to indulge in self-pity. We just wished that people back home could understand how lucky they were and stop complaining about trivial inconveniences.'

'Having made it that far in the war, I knew my luck would run out. I began to sweat and pray that when I got hit it wouldn't result in death or maiming. I wanted to turn and run away.'

'We had come back to civilization. We had climbed up out of the abyss once more. It was exhilarating, We sang and whistled like little boys until our sides were sore. As we went north, the countryside became beautiful.'

'The few men like me who never got hit can claim with justification that we survived the abyss of war as fugitives from the law of averages.' 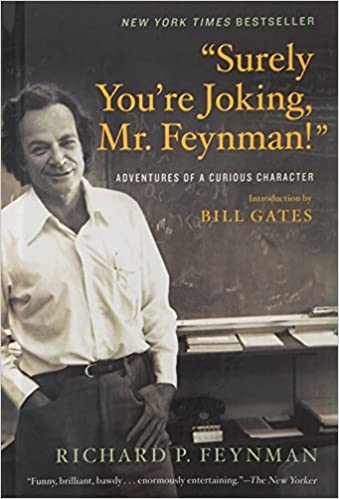 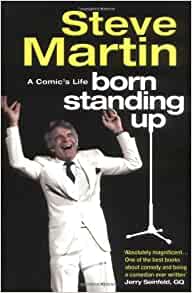