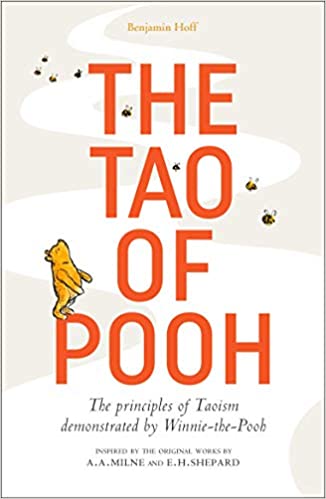 The Tao of Pooh
Benjamin Hoff

I had tentatively started to read the Tao Te Ching before realising that I needed something to warm me up beforehand. This book was that warm up, and more. It explains Taoism through the lens of Winnie the Pooh who is, according to Hoff, a Taoist. I think he's right. Just a wonderful read, I finished it in a single day.

An elaboration of the three Chinese schools of wisdom, and how the Tao differs (and is best).

Confucius - tastes the vinegar and finds it sour (and, in life, wants to apply rules to make life more palatable)

Buddha - tastes the vinegar and finds it bitter (and, in life, wants to find a way to escape the bitterness of suffering)

Lao Tzu - tastes the vinegar and smiles (this is simply life)

We can fully understand or even begin to know the universe in its fullness. But we can understand its nature, so long as we don't let our minds interfere too much.

We should not acquire intelligence just for the sake of it. Nor knowledge, either. Because what good is it to us?

Instead, be like an uncarved block of wood. No pretense, no design. Simply accept life in a simple, childlike fashion. Take it for a spin - it's fun!

Better to be Wise Than Learned

The wise are not learned, the learned are not wise. There is more to life than simply being correct. We might look at the 'pompous, desiccated scholar' as a good example of someone having significant learning, but no real knowledge of how the world works.

'The words of blind men describing the sun.'

We can be so obsessed with categorising things correctly that we can become more ignorant and misguided than knowledgeable and aware.

Don't Be A Smart Alec

'Cleverness' is a thing that seems right and sharp and witty and spot on in the moment... then proves wrong over time.

Things are as they are. Don't try to pretend otherwise - a fish can't whistle and why does a chicken? Who knows.

Don't try to be clever. Just be who you are.

We Have Limitations. That's Fine.

There is nothing wrong with having limitations, essentially. There is little use in trying to pretend we don't have them, either - if anything we only do ourselves further harm.

However, with our limitations, we have three options:

'A saying from the area of Chinese medicine would be appropriate to mention here: "One disease, long life; no disease, short life." In other words, those who know what's with them and take care wrong of themselves accordingly will tend to live a lot longer than those who consider themselves perfectly healthy and neglect their weaknesses. So, in that sense at least, a Weakness of some sort can do you a big favor, if you acknowledge that it's there.'

'So there is no such thing as an ability that is too useless, too crooked, or too small. It only depends on what you do with it. As Lao-tse pointed out, the bad can be raw material for the good.'

'Wu Wei' is something of an untranslatable concept that broadly means that we don't try to fight our way through things in a straight line. There's no meddling, no monkey business, no tomfoolery.

Instead, wu wei is to act like water, flowing around and over the rocks in a stream.

We make things hard for ourselves by thinking too hard and forcing too many things in a way that we want them to go. We become tense and nervous - how does anything truly good come from that?

If you punch a cork in floating water, the harder the punch the faster and more powerfully it jumps to the surface.

Simply let things happen while you work with the circumstances given.

The 'Bisy Backson' is always pushing, pushing, pushing. Always in a state of work. Always believing the reward is just around the corner but only ever finding corners to go around.

'Man has developed a mind that separates him from the world of reality, the world of natural laws. This mind tries too hard, wears itself out, and ends up weak and sloppy.'

In the world of today, we are still working as hard as we ever did before, even with all of the 'time saving' technology that we have. If anything, the days only grow longer with the sheer amount of work we attempt to squeeze in.

Where does it end?

'The honey doesn't taste so good once it is being eaten; the goal doesn't mean so much once it is reached; the reward is not so rewarding once it has been given. If we add up all the rewards in our lives, we won't have very much. But if we add up the spaces  between the rewards, we'll come up with quite a bit. And if we add up the rewards and the spaces, then we’ll have everything - every minute of time that we spent. What if we could enjoy it?'

Goals are still useful because they help us go through the process of what we are doing. But it's the process that really counts.

'Enjoyment of the process is the secret that erases the myths of the Great Reward and Saving Time.'

Best make that process as fun and joyful as possible!

We Each Have Our Own Special Qualities

We all have innate qualities that are special in some way. To access them, we simply have to believe that we are capable. Just looking others - to a deity or a hero - will not get us very far.

'In order to take control of our lives and accomplish something of lasting value, sooner or later we need to learn to Believe. ... We simply need to believe in the power that's within us, and use it.'

It's entirely up to us.

Go Nowhere. Do Nothing.

Sometimes, it can often be best to not strive to go anywhere. Or do anything.

A mind full of cleverness and knowing tends to go off thinking about abstract things and missing the point entirely. There is wisdom to be found in nothing itself. Nothing, after all, is the way of the world - it is us who have filled it with ideas and concepts and ten thousand things.

'The wise are Children Who Know. Their minds have been emptied of the countless minute somethings of small learning, and filled with the wisdom of the Great Nothing, the Way of the Universe.'

Reading this book made me completely reconsider some of the biggest assumptions that I have carried with me throughout my entire adult life, while simultaneously reframing how I think about the events of the last decade—Trump and Brexit in particular. While his solutions to the problem identified feel like they fall short, you can't exactly blame him for the sheer complexity of what's at stake. It's arresting and disconcerting and infuriating and I've been strongly recommending it to anyone that will listen. 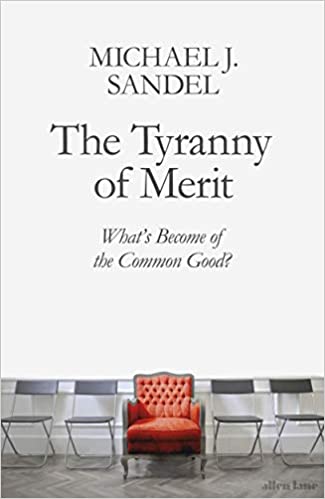 I might have read this book, but I haven't really read the Tao. You can't; the Tao that is called Tao is not the Tao. What I can do, though, is return to these pages whenever I need to, to help guide me on my way; because that's the Tao is—the way. For my first read-through I referred to two translations at the same time—Lin primarily, with Addiss/Lombardo to supplement—and I would recommend the same as every version differs from the original Chinese and offers a different nuance (and therefore understanding) each way. 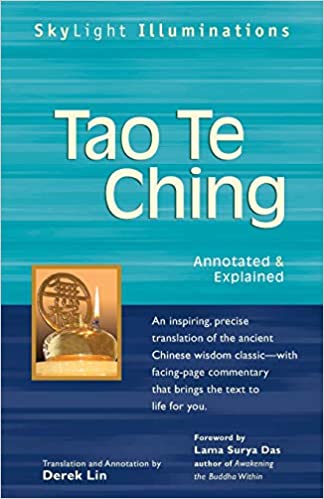