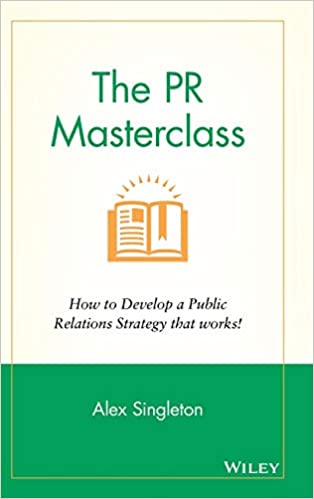 Straightforward guide to traditional press and media PR, worth reading if you've a specific interest in learning that kind of thing. Biased towards a British print media perspective, but provides solid generic advice nonetheless.

Why PR Fails, And What to do About It

Most PR fails because people fail to understand what journalists actually care about.

'No PR programme will be truly successful unless it is based on a genuine understanding of the worldview and the sort of articles publications prefer.' (Page 5)

There is a symbiotic relationship, of sorts, between the PR and the journalist. Each has something (in theory) that the other wants from the  other: a story or coverage.

To take advantage of this is to properly understand what it is a journalist is genuinely interested in, then pitch on that basis. If you don't acknowledge their needs, you'll go nowhere.

Find publications with high circulation in the area that you're interested in. In the UK you can search www.abc.org.uk and in the US www.auditedmedia.com. You can get a sense of the sort of domain authority and traffic levels by using www.alexa.com.

Buy and actually read the publications that you want to get featured in so that you can understand what it is they're most interested in. Then, pitch on that basis.

Avoid dreary product and people press releases about company minutiae. Who actually is going to care about any of this?

If you do attract attention from press releases making their way into the news, capture the attention that it brings you—capture emails for newsletters or other gated content.

Avoid 'spin' at all costs. Instead aim for these three things:

'Those who send out press releases announcing the minutiae of a business's dealings - especially if it is a small business - will just irritate journalists. In fact, for something to be genuinely newsworthy, it has to be out of the ordinary.' (Page 27)

How to Create Stories Worth Writing About

There are several different story tropes that work well for journalists:

Tension/Conflict: which is better, A or B? This could either be implicit or explicit. Old versus new, bad versus good.

Opinion Polling: needs to be statistically sound and give authority to a claim that you are making.

Data & Research: similar to opinion polling, but based on established research instead. Can be used to shed new light on something, or reframe how we view the world in some way.

Gamification: if you have the time, be an airline that creates a paper plane competition or a paper that announces a challenge to figure out how the end of 'The Italian Job' was actually resolved.

Bandwagon: see an issue ongoing that you might have some relevant point to add to? Hop on!

Grenade: lob criticism at a competitor or third party. Brings attention, but may also bring equal scorn and/or backlash. You'll need a clean record and thick skin to do this.

Scarcity: close betas, hype and getting on board something to be part of an exclusive club. Produces its own excitement.

Product Reviews: send product to someone along with a guide for how to use it. Could be a mag reviewer or a YouTuber in that field.

B2B Stories (are a challenge): needs to be from the perspective of the ultimate consumer. How does it affect the public, down the line? Can you make it relevant to them, thereby bringing the attention of other businesses as a result?

It's all too easy to spam press releases to journalists and to stick them on press release websites, but this probably isn't going to get you anywhere. It doesn't achieve much of anything, all things told.

2. Actively Search. Search by topic inside the publication's own site or archive and find out who is writing about the topics that you care about.

3. Use a Service. Use a service like LexisNexis or Factiva to search in the meta.

4. Let Them Sign Up. Provide an email signup in your own media centre on your website so that, if they want updates, you can feed them to them when you have them.

How to handle journalists:

How to Write a Great Press Release

They don't need to be short, they need to be skimmable with the pertinent information at the top and enough detail to make a story below. Shaped like an inverted pyramid, if you like.

'It is certainly true that some press releases ought to be short. But many – if not most - should be long. After all, if a story is so unimportant that the PR representative cannot find more than a couple of hundred words to say about it, should it be issued in the first place? Short press releases often go hand-in-hand with ideas that lack any weight.' (Page 70)

Your headlines and your first paragraph will be the most important, because these will be the parts that are most likely to be read on a first skim. Provide the rest of your detail below this.

Avoid waffle and go for clear, emphatic writing instead. Be explicit in stating what it is you are in favour of. Headlines should grab attention but not in a way that damages your reputation. If you don't have a story, don't bother with a press release.

'A successful headline provides a "relevant abruption" ... a term coined by the advertising creative Steve Harrison. By abruption, I mean it says something dramatic which breaks away from the banal content that fills much of what is sent to journalists.' (Page 78)

Don't bother with press conferences unless you are huge and can guarantee that lots of people will show up. Don't send attachments to emails because they likely won't get read or even noticed. Put everything in the body of the email.

Personalise your press releases wherever you can and never pester journalists after you've sent them in. It's annoying.

Take media calls and make the most of them. Never turn down free press. Keep journalist details for later press releases, they may come in handy.

'“Never do or say anything that you wouldn't like to appear on the front page of The Guardian."' (Page 100)

Have a media centre on your website. Sort and check the emails that come in this way to make sure you aren't giving updates to your competitors or pressure groups who don't like you. Include the following:

Repeat negative press should first be handled with a charm offensive before anything else more drastic.

If you are handling a crisis, speed is important. Worth preparing for and having an extended (external) team ready to step in at a moment's notice to dispassionately handle a crisis in the best possible way.

'"A lie can be halfway around the world before the truth has got its boots on."' (Page 107)

Pitching Letters (to the Editor)

Need to read as being real and not like another press release. Send by email, write to inform and write for the readers to read. Write well and keep them tight.

Correcting Letters: keep it brief and impersonal, getting to the point.

Position letters: try to make these slightly unexpected, use neat turns of phrase, make sure they are well written from a fresh perspective.

Informative letters: present the facts (esp. if contradictory) and provide proof/evidence with a link to source.

Anonymous letters: don't. Editors hate them and seldom use them.

Group letters: can be very effective and get lots of interest from an editor, ideally if you give them notice. Can also be timed with other articles elsewhere that you tee up to amplify the story.

Letters are best submitted prior to 1030 for the next day, ideally somewhere around 100-200 words in length, but check the guidance of the publication. See phrasing and style of letters previously published already, so you can match. Include your full contact details, no attachments, no formatting. When published, pause your efforts to get letters into that publication from 30-90 days.

Short, sweet and endlessly valuable. Written by the woman who completely transformed gov.uk from a messy tangle of websites into an incredibly useful and usable resource that millions rely on to make their lives easier. Covers fundamental concepts and practical actions to take without any of the cruft or filler text you might otherwise expect in books like this. Definitely worth reading if you publish anything to the internet, or even if you just write reports at work. 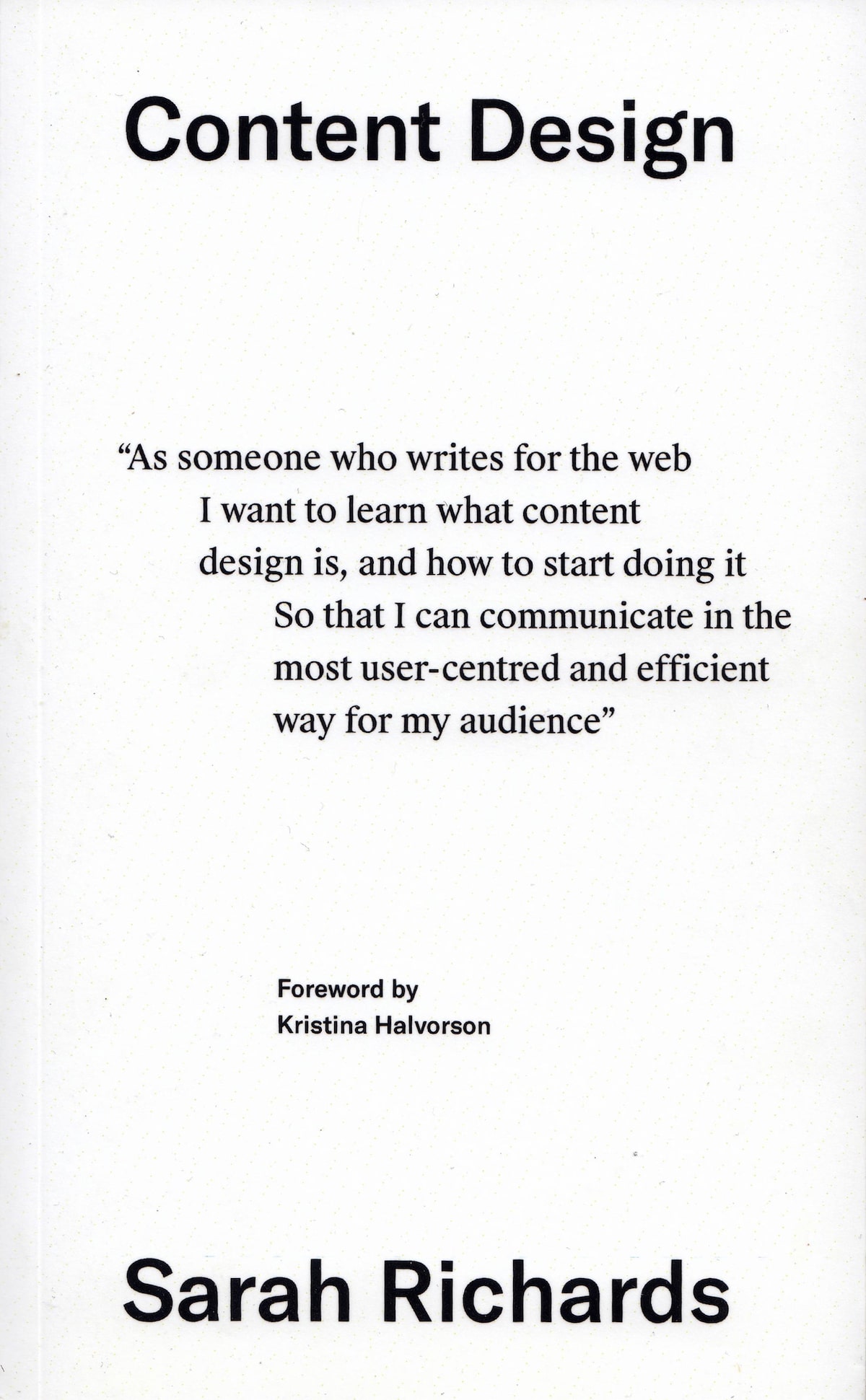 All Marketers Are Liars
Seth Godin

A really interesting book from one of my favourite authors and marketers. Successfully explains the realities of brand-driven marketing in the 21st century. Repetitive at times, could be shorter but luckily it's not too long either way. 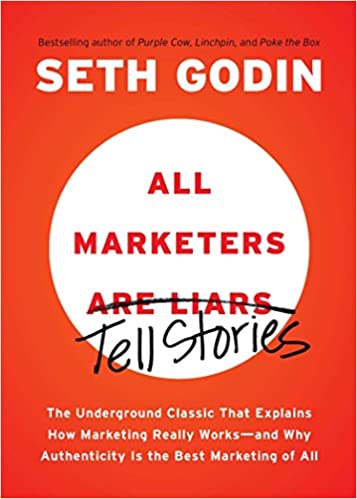