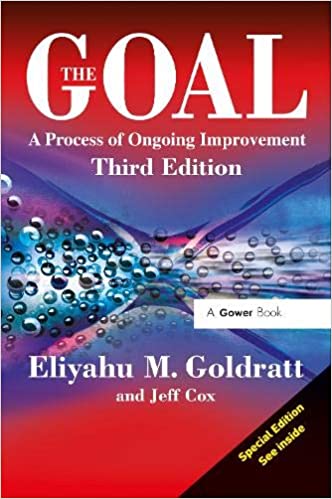 It's written like a thriller or a drama... but it's about manufacturing processes. Sounds bananas, but it's surprisingly effective at explaining the principles of Lean manufacturing using the Socratic method. This is worth a read by anyone who works with, in, or has a passing interest in processes and systems (which is quite a lot of us). It introduces and establishes the key concepts in an engaging, approachable way and leaves us with a process for reliably managing these processes and systems.

Productivity without a clear goal is meaningless.

'I watch as a truck backs between two others sitting at the unloading docks. The trucks bring the materials which the machines and people inside will use to make something. On the opposite side, more trucks are being filled with what they have produced. In simplest terms, that's what's happening.'

What people often think 'the goal' is, but isn't:

All of the above are all well and good in their own right, but they are not the goal. They are available means towards the end of the goal, but not the goal itself.

The goal is to make money.

Just 'working' does not equate to productivity. There is a big difference between activation and utilisation. Inefficient plants tend to have people working all the time and they make inventory whether you need it or not.

There are three key measures to understand whether or not you are making progress towards the goal:

In terms of operations, we must be focused on the following three things:

Putting them all together, we want to 'Increase throughput while simultaneously reducing both inventory and operating expense.'

The rate of a process is constrained by the slowest step. If we try to set the rate at the front of the process any fluctuations that happen along the way will only lengthen the process.

In the book, Goldratt paints the picture of a troop of boy scouts walking in single file and shows how the progress of the entire system (that is, the entire troop) is constrained by the slowest walker.

A bottleneck is any part in a process where the capacity is equal to or less than the demand placed upon it.

A non-bottleneck is any part in a process where the capacity is greater than the demand placed upon it.

We cannot just improve parts of a process, we have to improve the whole thing at the same time with the bottlenecks at the front of our minds.

The first thing you have to do is actually find the bottlenecks before you can improve them.

If there's a step in the process where there is always a chronic shortage of supply of the parts/material it needs, look for where they are supposed to be coming from. This may well be your bottleneck.

When you find your bottleneck, you may also find that there is a large amount of WIP held up in the steps in front of it, too.

Bottleneck hourly cost is the cost of the entire system divided by the total number of hours that bottleneck produces/is operating. Any hours lost pushes the hourly cost up.

There are three ways to lose hours:

This means that you need to do roughly three things to keep as many hours as possible:

Just Working on Bottlenecks is Not Enough

When you work on bottlenecks, unusual things can happen in the rest of the process. Where before there was a build up of WIP before the bottleneck, now there might be a delay in getting materials from prior machines that, in theory, should have ample capacity to keep up.

This becomes a question of how you manage inventory throughout the system.

When and how you release materials into the system should be determined by the bottlenecks themselves. Everything should be released to the beat of the drum of the bottleneck itself, no other. This way, there's no way that inventory should build into large piles of WIP.

Time in the Context of Systems

There are four types of time throughout a process:

Smaller batches released and worked on lead to lower WIP in the system and better cashflow and, also, better lead times because they spend less time in the system.

The Theory of Constraints

All of this is concerned with finding and then solving the core problem at the heart of a system.

What do we need to change?

What do we need to change it to?

How do we cause the change to happen?

Anything You Want
Derek Sivers

A short, powerful read from one of the world wide web's original entrepreneurs about, quite simply, how to do business. Provides an enormous amount of insight and common sense in a very short volume. Has the most value per page of any book I think I've ever read. I listened to the audiobook version, which the author also recommends. 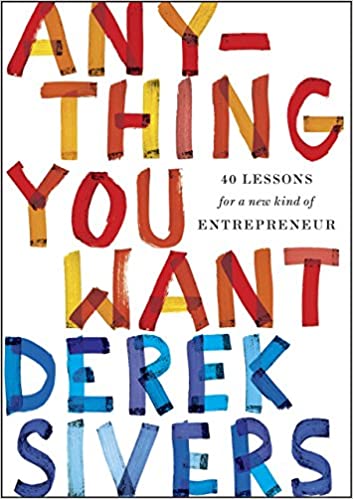 Although it shows its age - with executives only ever being referred to as men, and dated references to the industries of old (and all the old men that ran them...) - it contains some of the best writing on personal productivity, time management and decision making I've yet come across. Everything else now feels derivative, in retrospect. Unfortunately, it can also be incredibly dry and staid in places and became an uphill push to finish for this reason. 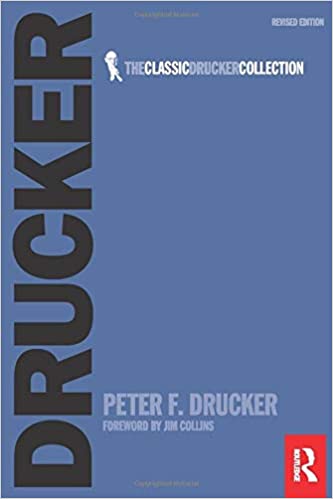