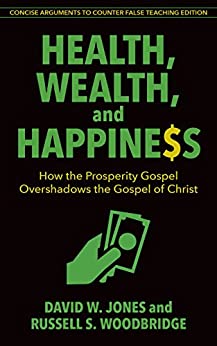 This book was useful as a history of the New Thought Movement and how it led to the start of the Prosperity Gospel. Beyond that, it was not so interesting. The authors were both writing from a Baptist background and the vast majority of the rest of the book was a detailed exploration of Biblical teachings in argument against the Prosperity Gospel.

'This teaching has been given many names, such as the name-it-and-claim-it gospel, the health-and-wealth gospel, the word of faith movement, and positive confession theology. No matter what name is used, the teaching is the same.'

Reasons behind the success and growth of the prosperity gospel:

The prosperity gospel is basically the religious adoption of the tenets of the new thought movement.

'Instead of promising Christ, this gospel promises health and wealth. It tells Christians to declare to themselves that everything they touch will prosper. According to this new gospel, if believers repeat positive confessions, focus their thoughts, and generate enough faith, God will release blessings upon their lives. This new gospel claims that God desires and even promises that believers will live a healthy and financially prosperous life.' (Page 16)

History of 'New Thought' as a Movement

Emmanual Swedenborg (1688-1772) - Spiritual father of New Thought. Claimed that god had appeared to him and told him that he was to publish a new doctrine for the church. Called himself "The Unique Revealer of the Lord." Claimed to be a clairvoyant who possessed the power to look into heaven, hell and other dimensions of a so-called 'spirit world'. Taught that the human mind has the ability to control the physical world, that reality is rooted in the mind and the mind alone.

Phineas Parkhurst Quimby (1802-1866) - Intellectual father of New Thought. Claimed that he could stop a person walking by simply thinking or visualising it. Believed that sickness follows from what is in the mind, not from any kind of physical or material cause; it follows that you only get sick if you have bad thoughts and that you can cure things by simply thinking yourself better. Argued that this was what Jesus did with his various miracles (although it didn't mention how Jesus thought bread and fish into existence.)

Ralph Waldo Trine (1866-1958) - Evangelist of New Thought. The first to experience enormous success in publishing and, therefore, 'spreading the word'. Started to explicitly combine other religions and theological pluralism, the belief that all religions lead to the same God.

Norman Vincent Peale (1898-1993) - Advocate of New Thought. The man behind The Power of Positive Thinking. Christian but much more explicitly metaphysical. The authors believe he 'dangerously' merges biblical ideas and secular thought.

The 5 Pillars of the New Thought Movement

I didn't read much of the rest of the book; the authors move into a more detailed New Thought vs Scripture debate in exhaustive detail. But the majority of their useful points are made, from my point of view, early on. It's all summarised well by the below quote:

'The prosperity gospel is a false gospel. It is not the biblical gospel but a modern repackaging of vintage heresies.' (Page 139)

'According to New Thought advocates, this is the great secret of life-if you think a certain way, then you can change reality. Because thoughts, spirit, and mind are what are real, the physical world is an illusion. In other words, your mind is far more important than matter.' (Page 31)

'According to New Thought, if one is properly connected to the Infinite, sickness should not be experienced by the believer. How does a person, especially a follower of New Thought, become ill in the first place?' (Page 34)

'Within the New Thought system, the only reason you do not have the health and wealth desire is because you think incorrectly.' (Page 36)

All the time I spent reading, taking notes on and trying to understand this book would probably have been better spent in simply sitting in zazen. But here we are nonetheless. An insightful and calm look into the mind of a Zen buddhist through the talks he gave, it's worth reading if you have even a passing interest in Buddhism and Zen in particular. 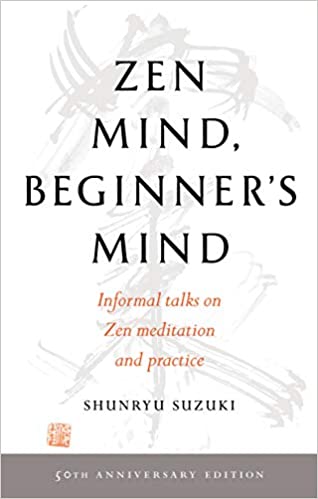