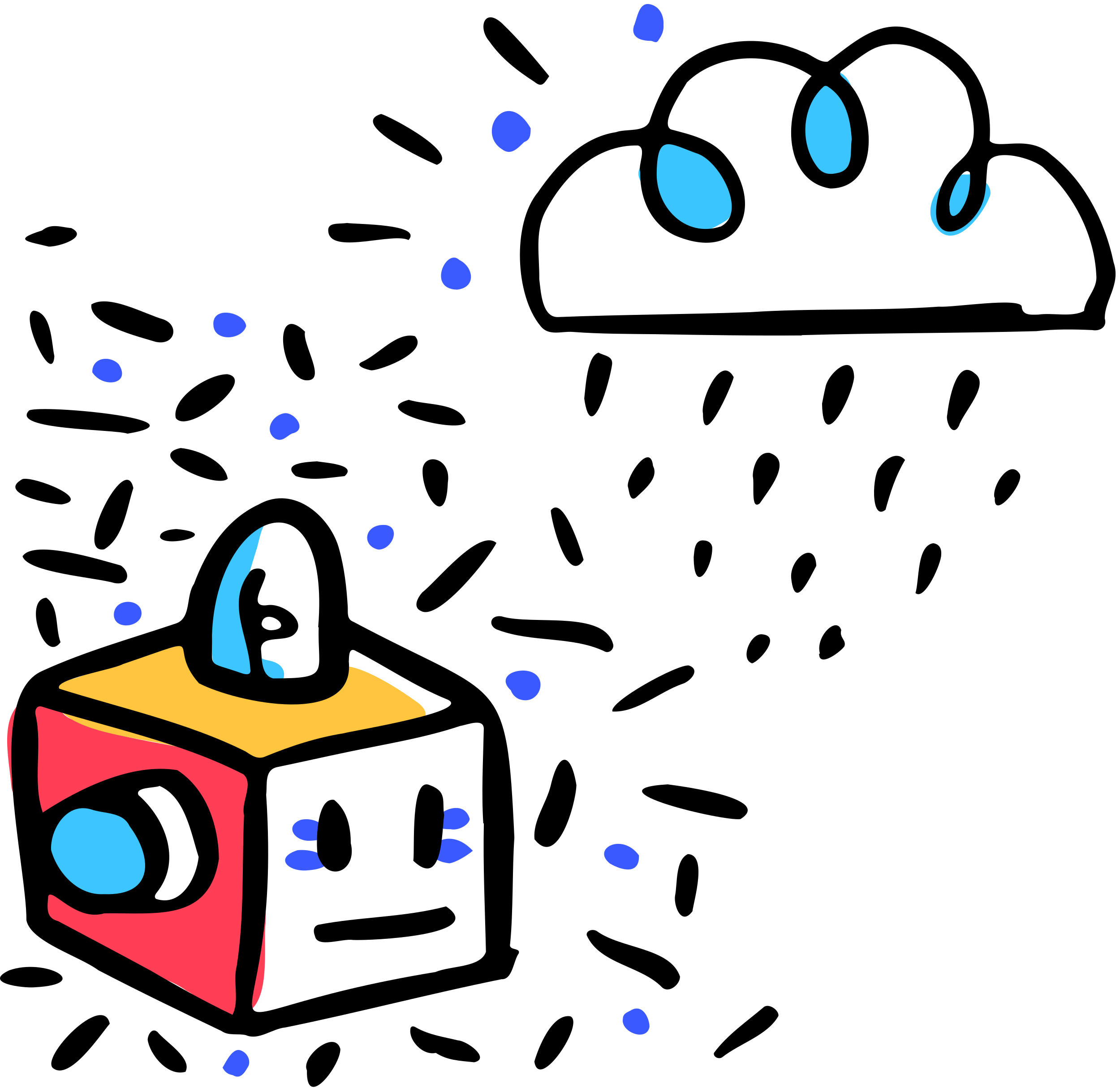 'Am I Wrong?' 3 Ways to Turn Error Into Opportunity

We often expend a lot of energy avoiding mistakes. But with any error comes opportunity, depending on how you approach it.

It's Not the Pigeons, Bob

In 1964, at a Bell Laboratory in a leafy suburb of New Jersey, two scientists - Arno Penzias and Bob Wilson - were scratching their heads.

They had been hard at work conducting experiments with the large, horn-shaped radio antenna out in the grounds of the lab. To make sure their data was accurate, they needed to make sure that the signals they received were clean and clear of noise.

Only, there was a problem: no matter what they did, they kept hearing a buzz. Regardless of where they pointed the antenna or what they did with it, they would always hear a noise in the background.

Naturally, they tried to fix it.

They even cleared out some roosting pigeons, scrubbing pigeon shit off every surface. Still, nothing.

They had assumed the antenna just needed fixing. But what if they were wrong?

Hey Bob, There's Another Bob on the Phone

Enter Princeton scientist Robert Dicke and his team. Around the same time, they had been working on research into how we might better understand the origin of the universe by looking for certain kinds of radio waves.

Penzias and Wilson had heard about their work, and thought it might be worth giving them a call. What had they got to lose? The two teams spoke on the phone, shared their work, and eventually had Dicke come to New Jersey listen to listen to the noise that had confused them for so long.

What they discussed changed the course of scientific understanding forever.

In 1965 each team published a letter, one after the other, in the same edition of the Astrophysical Journal. Their letters were a bombshell that rocked the scientific community.

That noise they were hearing all that time, the noise they thought might have been pigeon shit? It was a universal, fading, cosmic echo.

It was the big bang.

Error is Serendipity by Another Name

Penzias and Wilson's most important decision was to entertain the thought that they might be wrong. The logical next question to ask after that is, 'If I'm wrong… then who, or what, is right?!'

Like a conspirator whispering in our ear, Error has this uncanny way of hinting that ‘Something’s not quite right, you know'. Error invites us to follow them as they dash off into the distance. We run to catch up but find ourselves somewhere we haven't been before, wondering how we got there. We've hit a boundary. A demarcation line.

Then we notice Error standing there, smug, arms crossed. 'Guess what?' Error says, 'You're out of your depth now, bucko. What are you going to do about it?'

Either we retreat to where we started, where we know what's what. Safety. Comfort. Status quo.

Or, we move forward and learn, clearing out the undergrowth and marking out new territory. This brings uncertainty and discomfort, yes. But also the opportunity for new growth, progress and a broader horizon.

If we don't allow ourselves to make the mistake that leads us there in the first place, Error never has the chance to appear.

How to Be More Wrong, More Often

Specifically, I'm talking about the errors we make with the best of intentions. The ones we make when we are learning or in unfamiliar territory. Our ability to recognise our mistakes and make the most of them is most important of all.

You don't need to second guess yourself every second, but you do need to put yourself in more situations where being wrong happens to you more often than not.

When we only do, read, see, experience and learn what we already know, it's easy street. We make few mistakes and rarely find ourselves stuck without the answers.

On the flip side: doing, reading, seeing, experiencing and learning things we're unfamiliar with takes us straight out of our comfort zone.

We make mistakes. We don't know what to do next. We read something surprising that unsettles us and puts us off-balance. We are confronted with an experience that shakes and concerns us. We learn of something that we didn't realise was possible.

It's difficult to do this; we become vulnerable, we feel exposed. But it needs doing. It means we can move on to better things.

When we leave our comfort zone, we enter what Stephen Johnson calls the adjacent possible. Like a building with many rooms, we explore ideas by opening each door one at a time, moving from one room to another.

The concept of the adjacent possible argues that there are only a finite number of 'next possible moves' that we can make at any moment. You cannot develop a working computer until someone has invented the resistor, for example.

Understanding what our own 'adjacent possible' is will help us to know what to do next and where to look.

To broaden our horizons, we cannot expect to be able to jump about all over the place. If you want to get to C, you must first travel to B. We must make our moves one at a time, but we must keep making them if we are to stay one step ahead of the comfort zone that rapidly advances behind us in our wake.

Behind us, the laurels of our familiar past experience invite us to take a seat, to take a rest from being wrong so goddamn often.

Don't do it. Keep moving.

When we've beaten a path through various adjacent possibilities and accepted that things will go wrong along the way, it gets messy. There's a reason it's called 'shit hitting the fan'. But it's in this relative chaos where progress often occurs.

Most scientific discoveries don't happen in the cleanliness of a spotless lab - they happen in the break room over coffee, in the bar after work, over the phone with another team or on a forum online.

It's a myth to think that the road to discoveries and breakthroughs and new ways of thinking happen in an orderly fashion. Food will burn in the oven, papers will be left unfinished and paint will spill on a new rug. All of it is acceptable collateral damage on the way to becoming a talented chef, a prolific writer or an inspirational painter.

So don't worry too much about the mess you'll make. It's all part of the process.

This Article? It Happened Because I Was Wrong

For a long time, I managed two websites of my photography. The one I use for my active photography business, and the one I used for my commercial work.

That more commercial website? It's the one you're looking at right now.

After some years, I had to admit that it wasn't really going anywhere. I barely looked at the thing, let alone updated it with new work. In short, I had been wrong.

Feeling the urge to write and not knowing where to start, I decided that publishing what I produced would be a good way to make sure I always turned up to do it, and it would give me feedback at the same time.

Where better to do that than on a domain I already owned? After a couple of weeks tinkering in Webflow I relaunched it and started publishing articles immediately. I haven't looked back once.

So. Here's to the next error.

What is really enjoyable about those historic letters to the Editor published in 1965 is just how innocuous they seem. There's no 'gotcha!' or 'we did it!', just a relatively humble couple of letters that, between them, calmly state 'hey, we think we've proved the big bang'. Penzias and Wilson were awarded the Nobel Prize for Physics in 1978.

Read the Penzias and Wilson letter here, published immediately after the Dicke et al. letter in the same journal.

Listen to the signal Penzias and Wilson recorded here.

If you know where to look, you can learn practically anything you want to online for free. It's the biggest opportunity out there that not enough take advantage of - here's how to do it.

You don't need an education to learn. But you do need to learn to succeed. 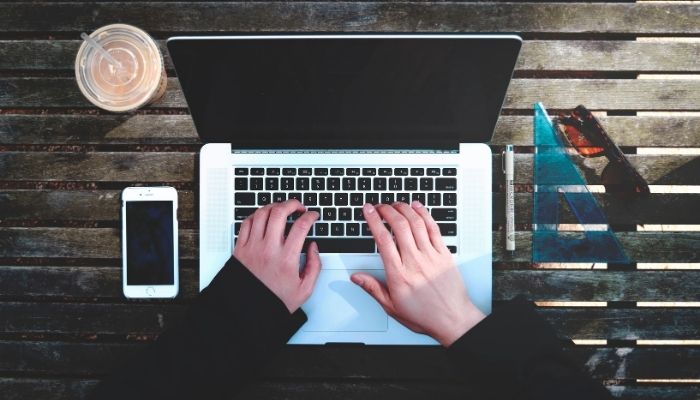 It's never been easier to begin teaching online. But just because you can, doesn't mean you should. And if you do, are you sure you're acting ethically?